When it comes to multi-functional tools, “the Swiss Army Knife” is definitely the one that should be brought up. But do you know the history of this essential home tool? Today, let us found out more about this lovely tool.

The official and first Swiss Army knife comes out not until 1880s with a simple and practical intention: the Swiss Army decided to purchase a simple folding pocket knife for their soldiers.

Interestingly, the initial purpose of the Swiss Army Knife’s invention was just for the army to open the canned food, then the tools such as screwdriver was later on added to help the army disassemble the rifle. As time goes by, more and more different type of “Swiss Army Knife” was then appear.

There are all kinds of different tools been added to Swiss Army Knife in nowadays society, such as clock, LED flashlight, lighter, etc. And the size has been minimized to meet people’s need as well. For example, VICTORINOX even invented a Swiss Army Knife with size just like a name card! So that it’s easier for people to put in their wallet or pocket.

No matter what kind of outdoor activities are you about to experience, there must be a special Swiss Army Knife for you to bring along. 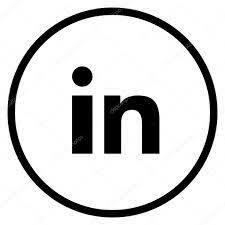